What to Expect When You Get Your Nose Pierced 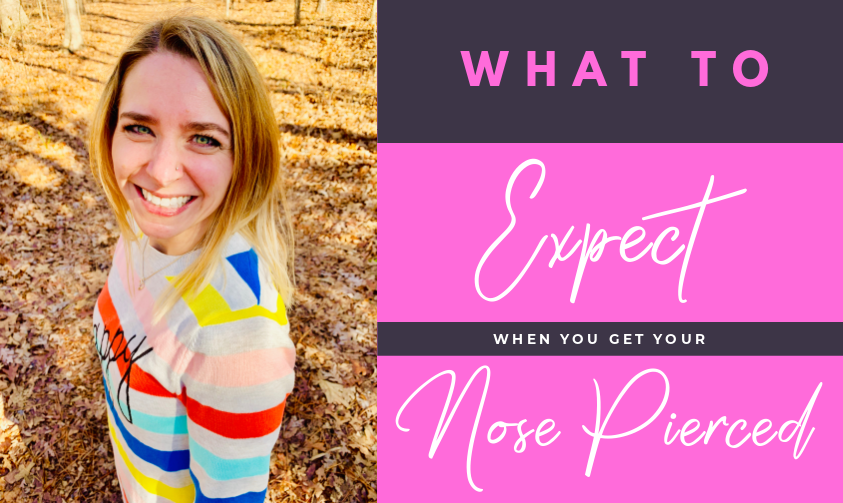 Allow me to share some background on how this came up. Back in 10th grade, I played volleyball for 16.3 seconds. And the coach was this adorable blonde with, you guessed it, a nose ring. From then on, I really wanted one. But I met Brandon at 17, he wasn’t a fan of nose rings, and life went on.

Except every few years I got the urge again. I’d bring it up, B would say he didn’t like it, and that was that. He wasn’t being mean, he was just sharing his thoughts. This year though, for whatever reason, it got really stuck in my head, and Brandon was like, you know what? I don’t want to stop you from doing something that you’ve always wanted to do. I don’t want to hold you back from anything, and so you should do it. That happened at pretty much the exact same moment that I was ready to say, you know what? If you don’t like it, I don’t want to do it. I’ll drop the subject for good. But as all great husbands do, he supported me, told me we were going to go do this, and off we went to the tattoo place.

First things first though: I did my research and that is why I went to the tattoo/piercing shop. I’ve read all over the internet that you should never, ever, get your nose pierced with a piercing gun. I’ve read that the tattoo/piercing shops are the best places for piercings, and if for any reason you get there and they want to use a gun, just leave. So I looked up a few places in our area, called to check pricing and that they’d use a needle, and decided on a place the next town over.

Here’s what to expect when you get your nose pierced!

We were in and out in under 10 minutes. They showed me the stud they’d put in. She took me back, drew a mark on my nose to make sure it was where I wanted it, and cleaned my nose. Then she handed me a tissue and pierced it!

2. They have a neat tool to make sure the needle stops where it should.

When she was ready to pierce, she put a metal rod in my nostril. She said this ensures that the needle won’t go past where it should. The needle went in and the nose ring followed.

I wasn’t crying, but I was crying. Haha! I certainly didn’t feel like it was worth crying over, but because it is your nose, your eyes just start pouring like faucets. It was crazy!! But it stopped within several minutes.

4. It’s not that painful

Because it’s so quick, I don’t think there’s any time to even feel pain! It was a pinch, a little discomfort for second, but definitely not a huge deal.

5. There will be a little redness/soreness

Here’s the picture from about 15-20 minutes post piercing. It was a bit red and sore, but by that evening (I got it pierced in the afternoon), it looked fine! 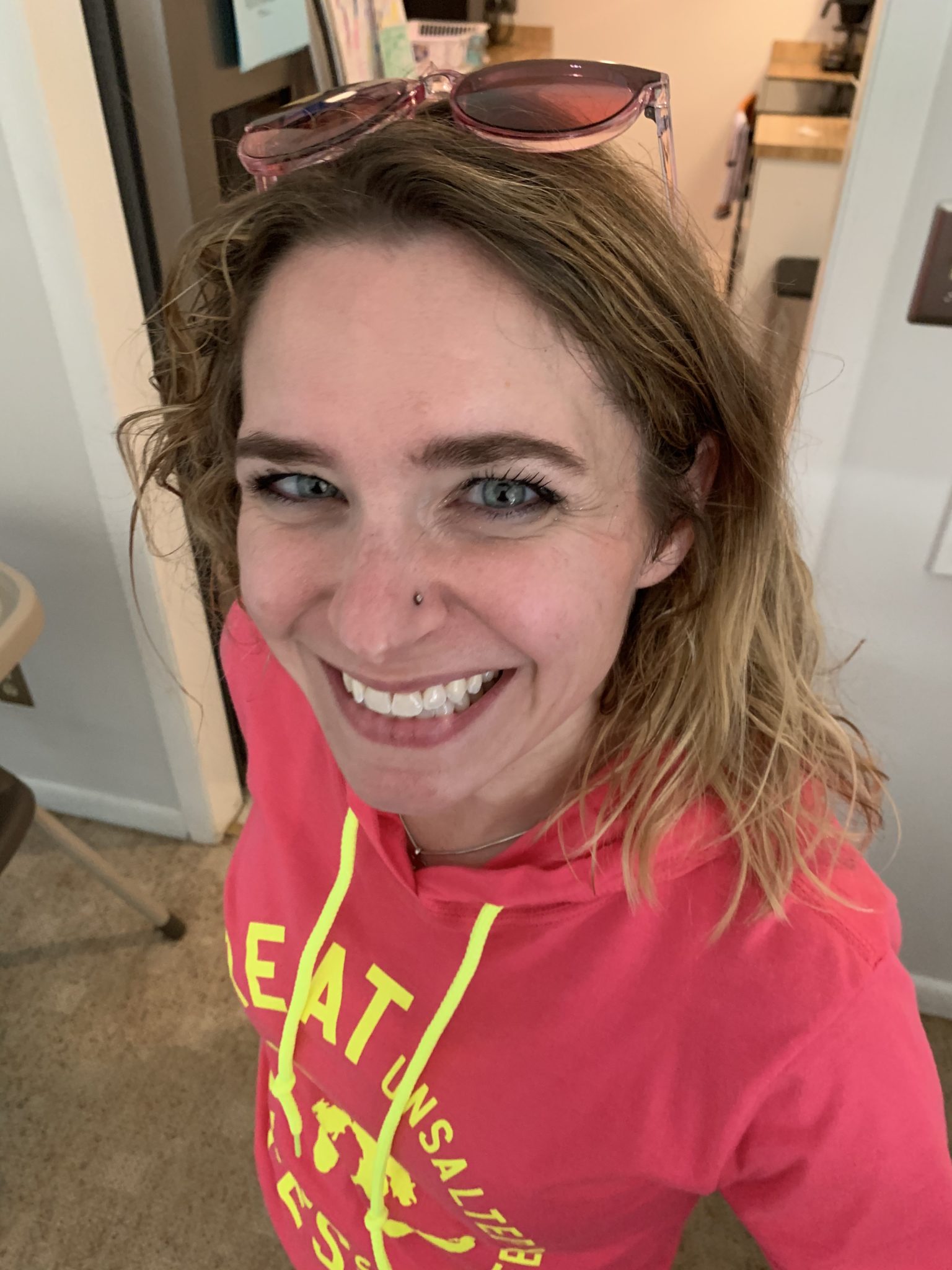 From everything I’d read online, it seemed the aftercare was going to be a saline solution. But where I went, they recommended cleaning the piercing with the orange/original Dial soap on a Q-tip 3x a day. So for about 4 weeks, I cleaned it 3x a day, then twice a day after that, and finally just once before my shower by the 8 week mark. Now I just wash my face regularly, no special soap or attention required.

Don’t panic! Weeks and weeks after I got my nose pierced, it started bleeding. I have no idea why. So I just reverted back to cleaning it 3 times each day (I was down to 2 by that point) and in a few days it was fine again.

8. It feels weird for a while.

Since a nose piercing is basically just inserting a foreign object into your nostril, it does feel odd when you first get it done. It almost feels like you have to blow your nose, except it’s not snot that’s in there! Now that I’ve had it for a couple months, it doesn’t feel like anything is in my nose anymore. I can even blow my nose again!!

After 8 weeks (or whatever is recommended by your piercer), you can change your nose ring! I waited longer than that just to be extra sure. A couple weeks ago, I went back to the tattoo shop to buy a new nose ring, and had the piercer help me learn to change it. The original nose ring was a corkscrew shape (on the part that is actually hidden in your nose), so I was a bit nervous to navigate that back out!! But I got it out with her help, and then she helped me get the new L shaped one in. Don’t be afraid to ask for help for the first jewelry change, because it can be a little freaky when you aren’t used to it!!!

Honestly, I loved my nose ring the second I got it, but I know it’s not everyone’s cup of tea. Brandon still doesn’t love it (but he doesn’t hate it, either!) and my parents think I am a total nut job for doing it. Some people told me they liked it, and others said “oh, glad you like it.” And still others literally never even noticed it or said a word about it! I’m not sure if it was a situation where they hated it and therefore ignored it, or it’s so insignificant that they just assumed I’d always had it! Either way, if you aren’t comfortable with people judging your looks or your sanity, maybe don’t get your nose pierced. Especially in your 30s. 😉

What do you think? Would you ever do something you were probably “too old” to do just because you’d always wanted to? 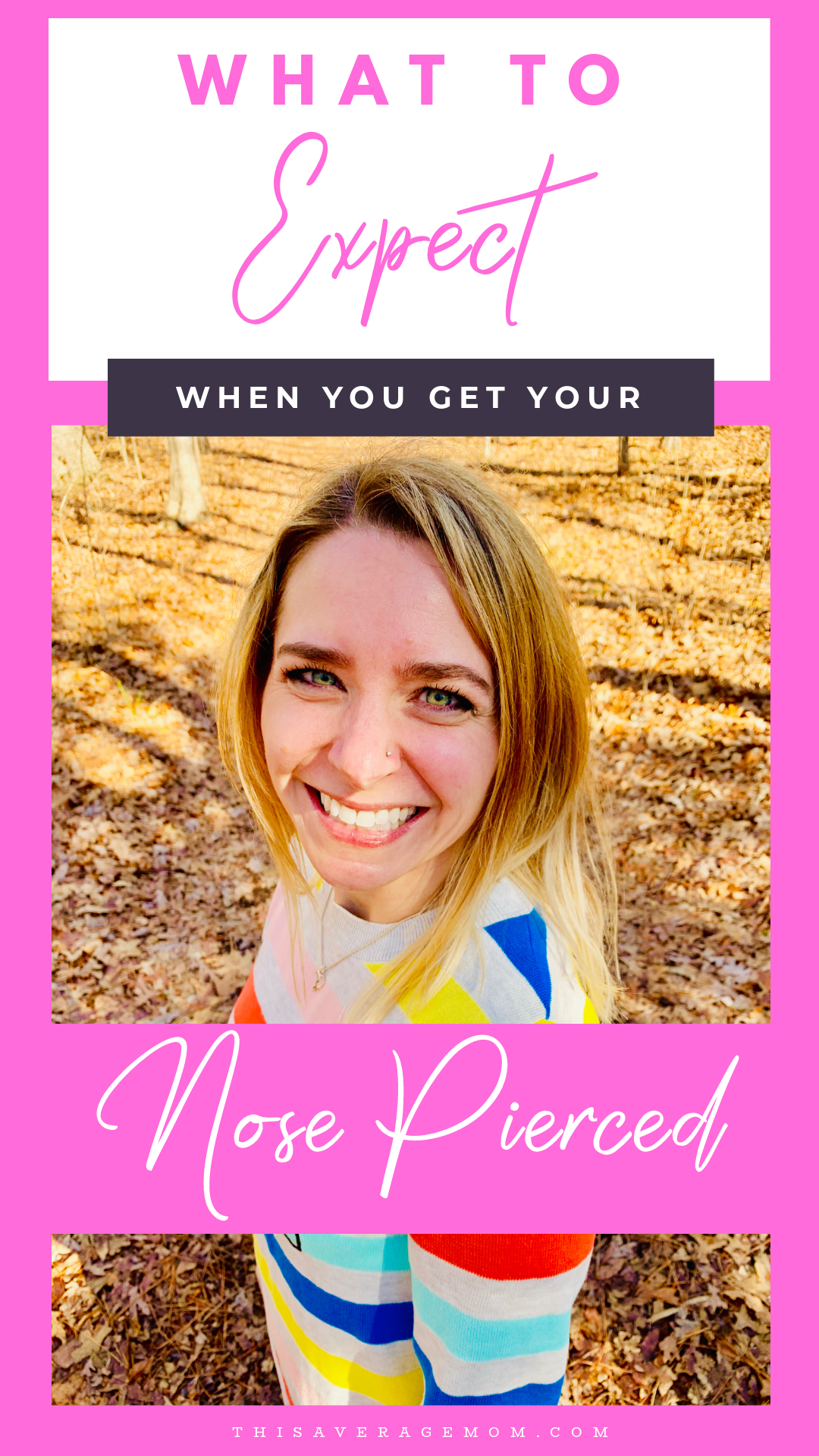 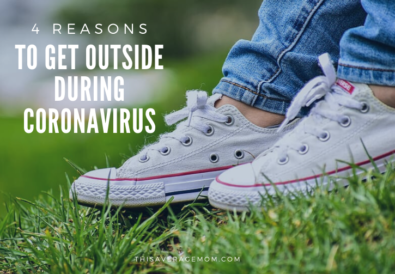 4 Reasons to Get Outside During the Coronavirus 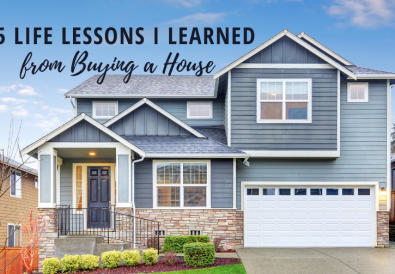 5 Life Lessons I Learned from Buying a House 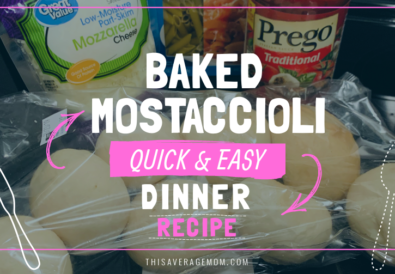