What to Expect When Your Kid Has a Cavity 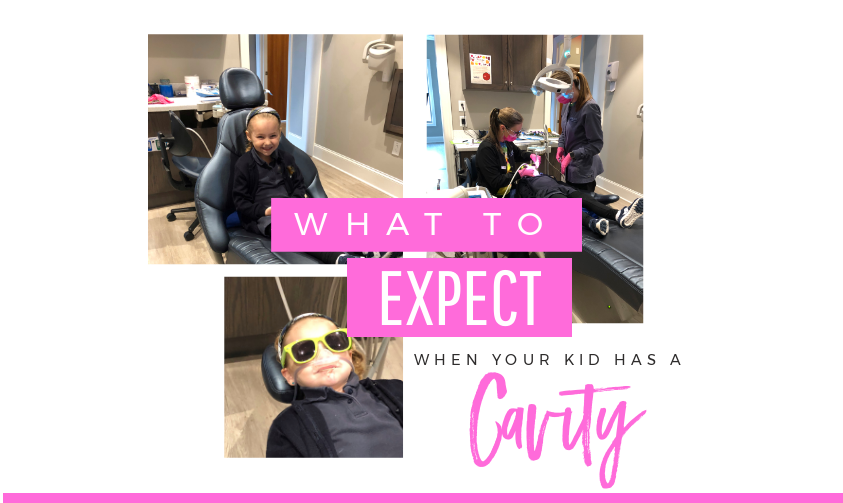 First of all, let me just say, I was not prepared for that. I still help her brush most of the time! And she does a good job even when I don’t.

We’ve now gone through the shock of learning she had cavities and the process of fillings, so today, I’m ready to share with you all about cavities…just in case you find yourself weeping in the middle of the dentist’s office like me. #truestory

It’s okay, mama. I was freaked out too. I honestly did cry, and the dentist did have to console me. They originally told me FIVE (not three) cavities–and I’ll get to that part in a second. But yeah, it’s normal to feel like you’ve ruined your child’s beautiful, perfect smile. Just be sure to give yourself grace. Because the dentist (and like, every other mom I know) told me this is totally normal.

2. Get a second opinion.

I’ve been taking Harlyn to the same dentist for years. But when they told me five cavities and then gave me the price to fill those five cavities, I about fell over! Brandon said we would NOT just take this as fact and so we went to another dentist. The new dentist said that there we really only 3 cavities that needed to be filled, and the other 2 were just at the stage to take good care of them and monitor.

3. Teach your kids to floss and use mouthwash ASAP.

As soon as we learned that Harlyn had cavities, they recommended more flossing and starting mouthwash. And I admit–I was not forcing the flossing at all. I floss every day without fail, but for whatever reason I didn’t make Harlyn do it. So right away we bought flossers and kids mouthwash, and Harlyn is now incredibly dedicated to oral hygiene. She will not skip any step, any time, for any reason. Twice a day no matter how tired she is. She is SERIOUS. We’ve also let Mav start “flossing” himself and will be making sure we start taking over that duty ASAP for him. He’s too young to do mouthwash yet, but hopefully flossing will help!

4. Your kids may surprise you with how well they do with fillings.

My MIL went with me to get Harlyn’s fillings. We could NOT believe how well Harlyn did. She got her nitrous, and never realized she got a shot in her mouth, barely reacted to that ring thing that goes around the tooth while they fill it…nothing. She was straight chillin’.

5. Bring Tylenol or ibuprofen to the filling appointment.

We sent Harlyn right to school after her fillings, numb mouth and all. The dentist told us to be sure to give her a dose of pain reliever before she went to school because once the nitrous wore off (about 2 hours), she’d likely be in pain. So we made sure to give her ibuprofen before she headed off to school. She made it through the day just fine. She was a little sore that night but felt fine the next morning.

Our girl was such a great patient, and even though it stinks that she had cavities, I know it woke us both up to better oral health. I’ve always brushed her teeth twice a day, but never forced flossing. Now that we know brushing just isn’t enough, I hope to avoid cavities with Maverick. And of course, I hope this post was helpful for those mamas who found themselves in the dentist office ready to cry over a cavity. 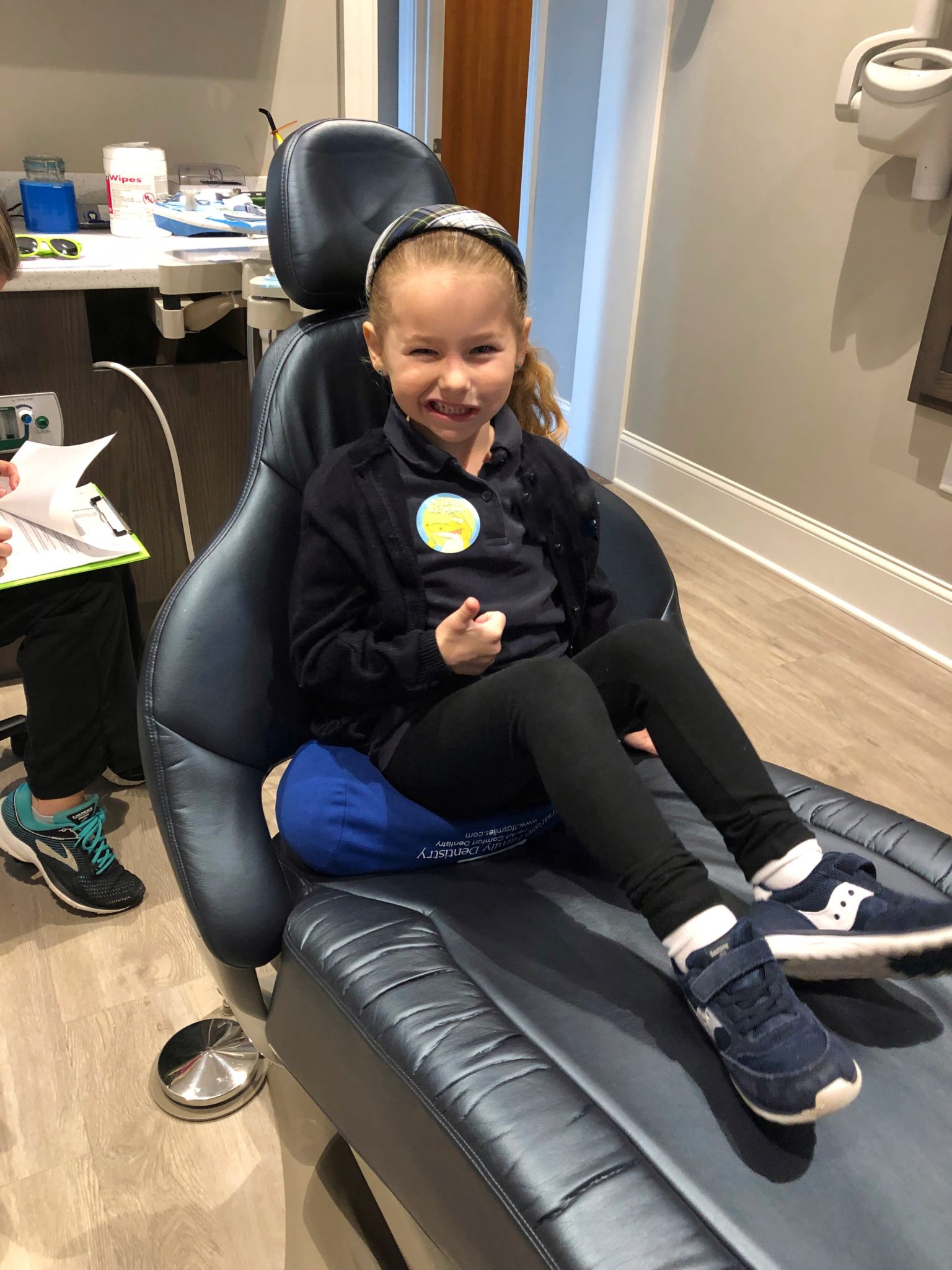 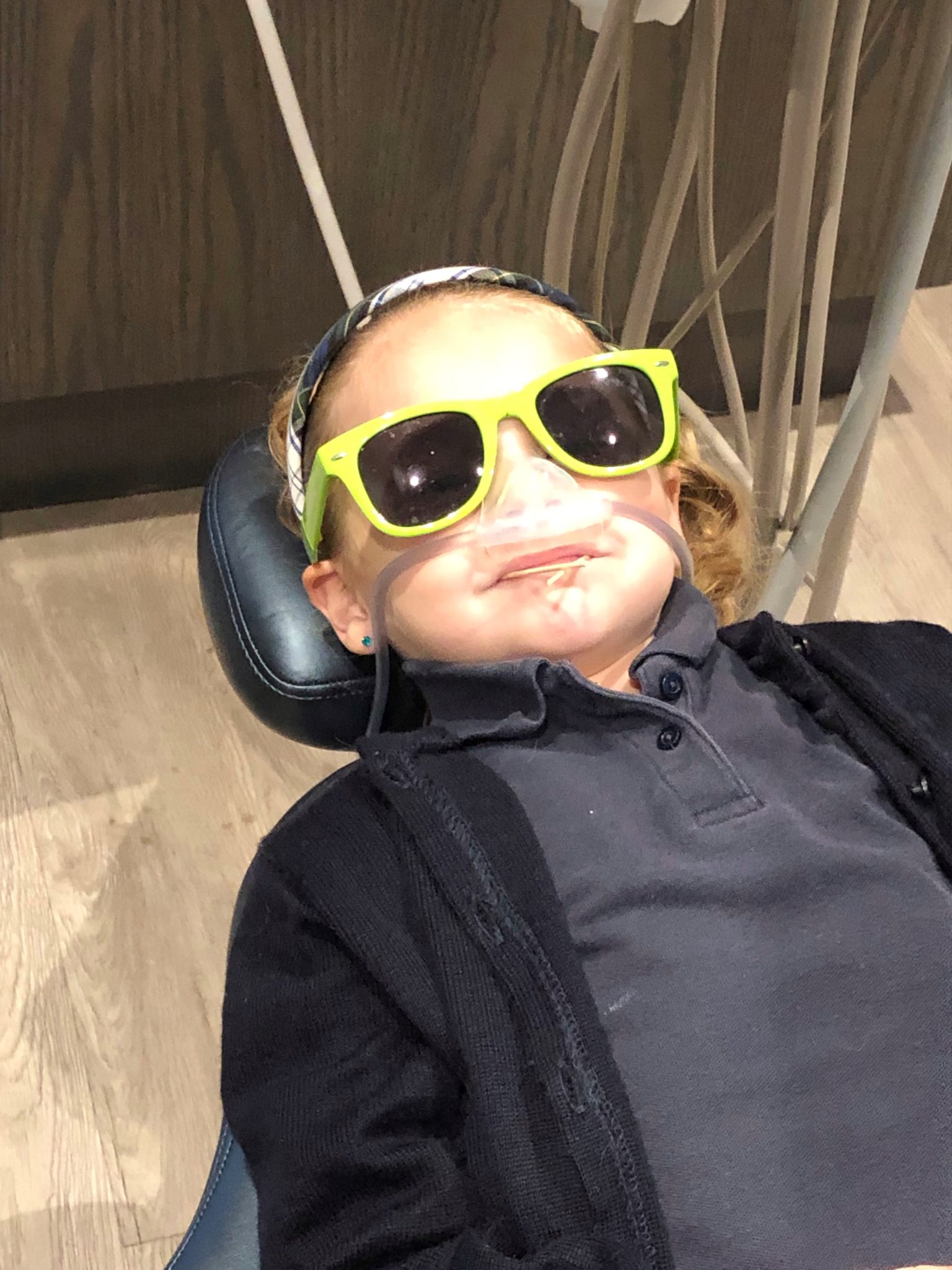 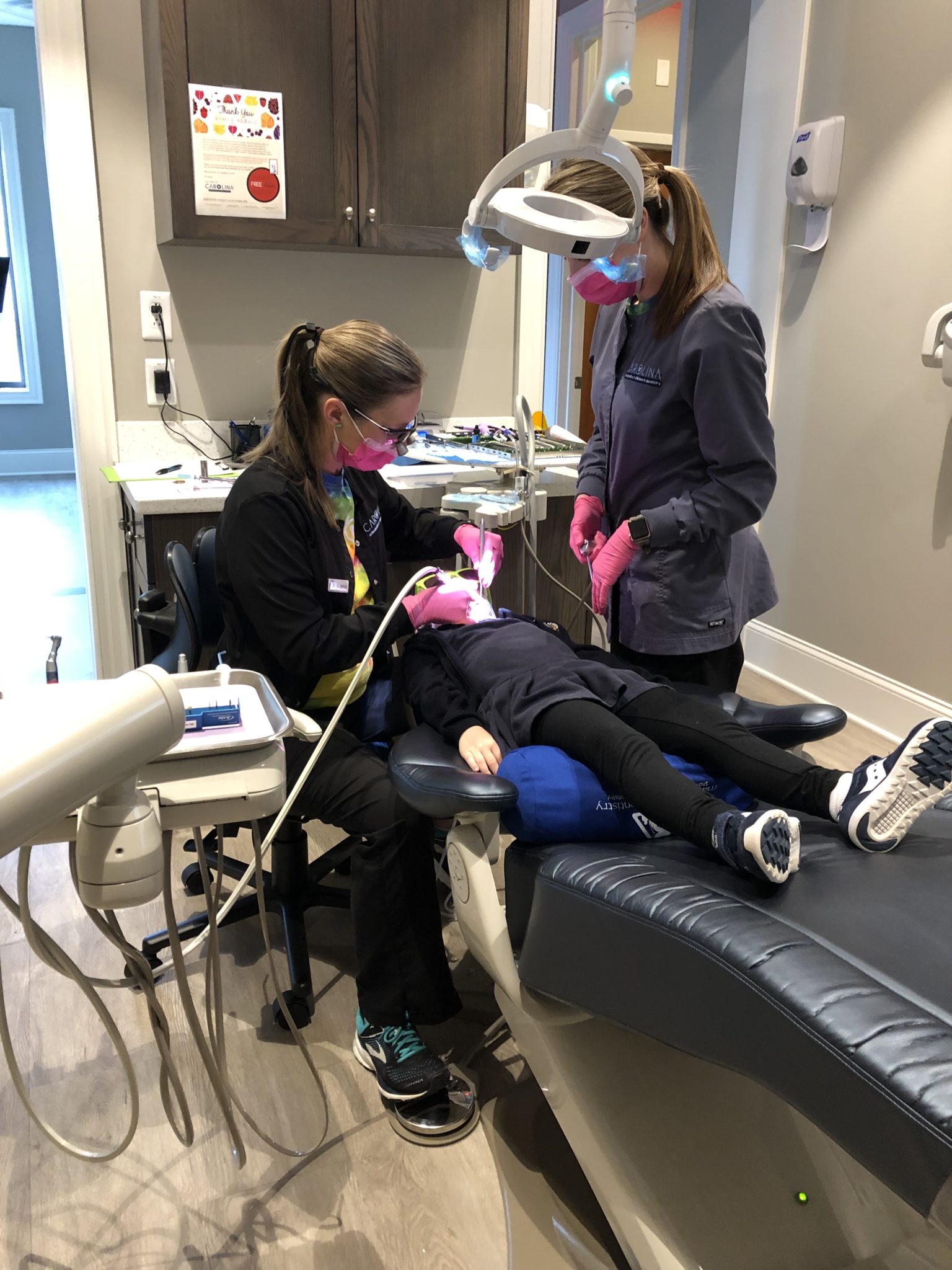 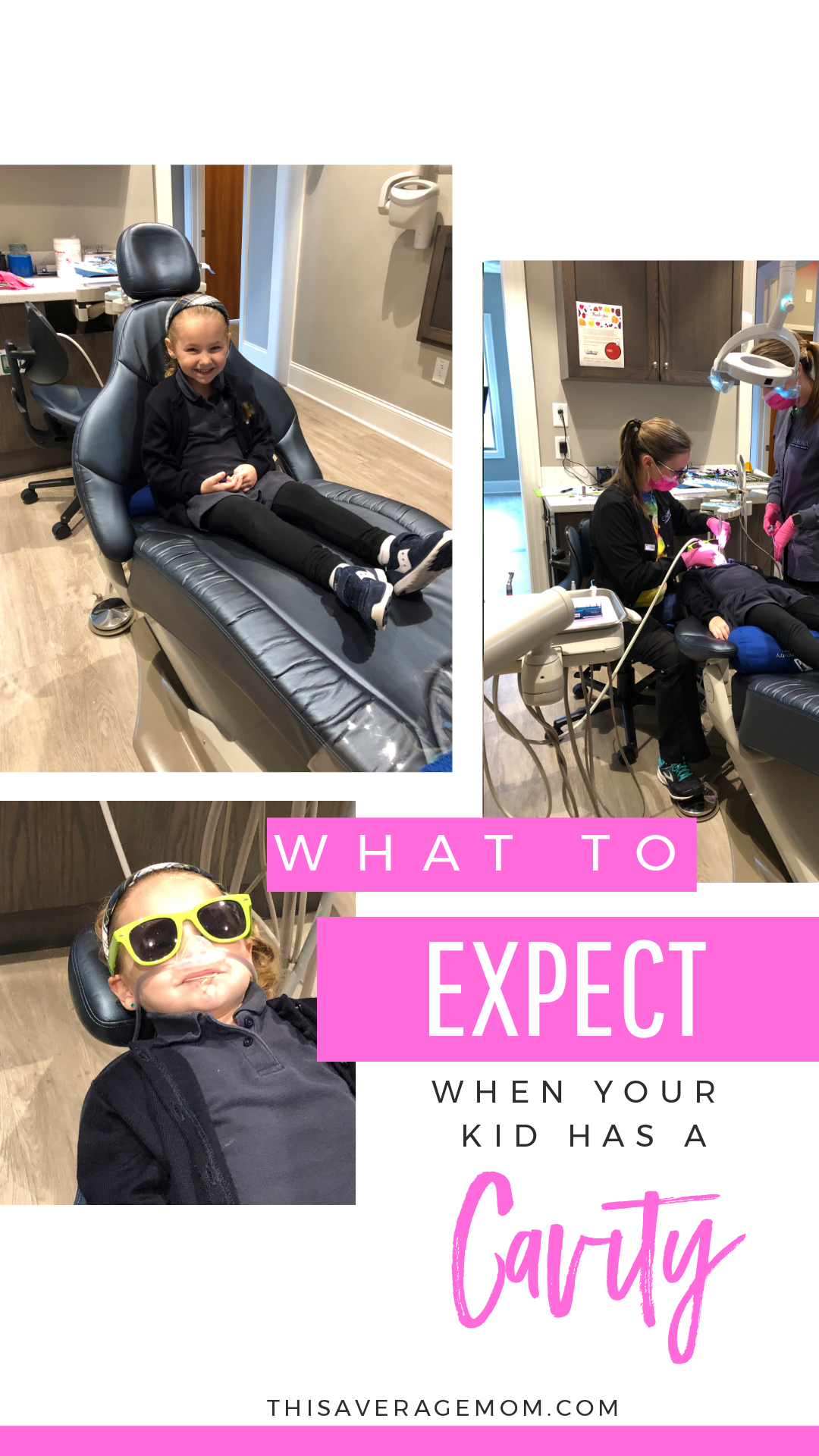 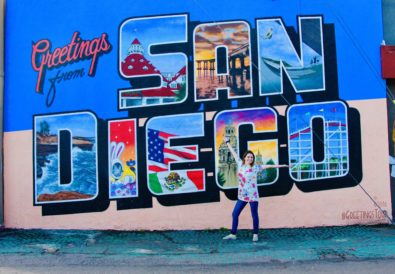 What To Do and Where to Stay in San Diego 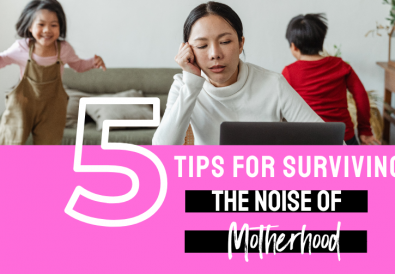 5 Tips for Surviving the Noise of Motherhood 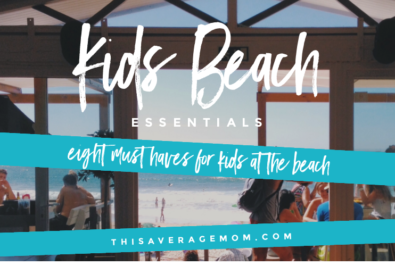