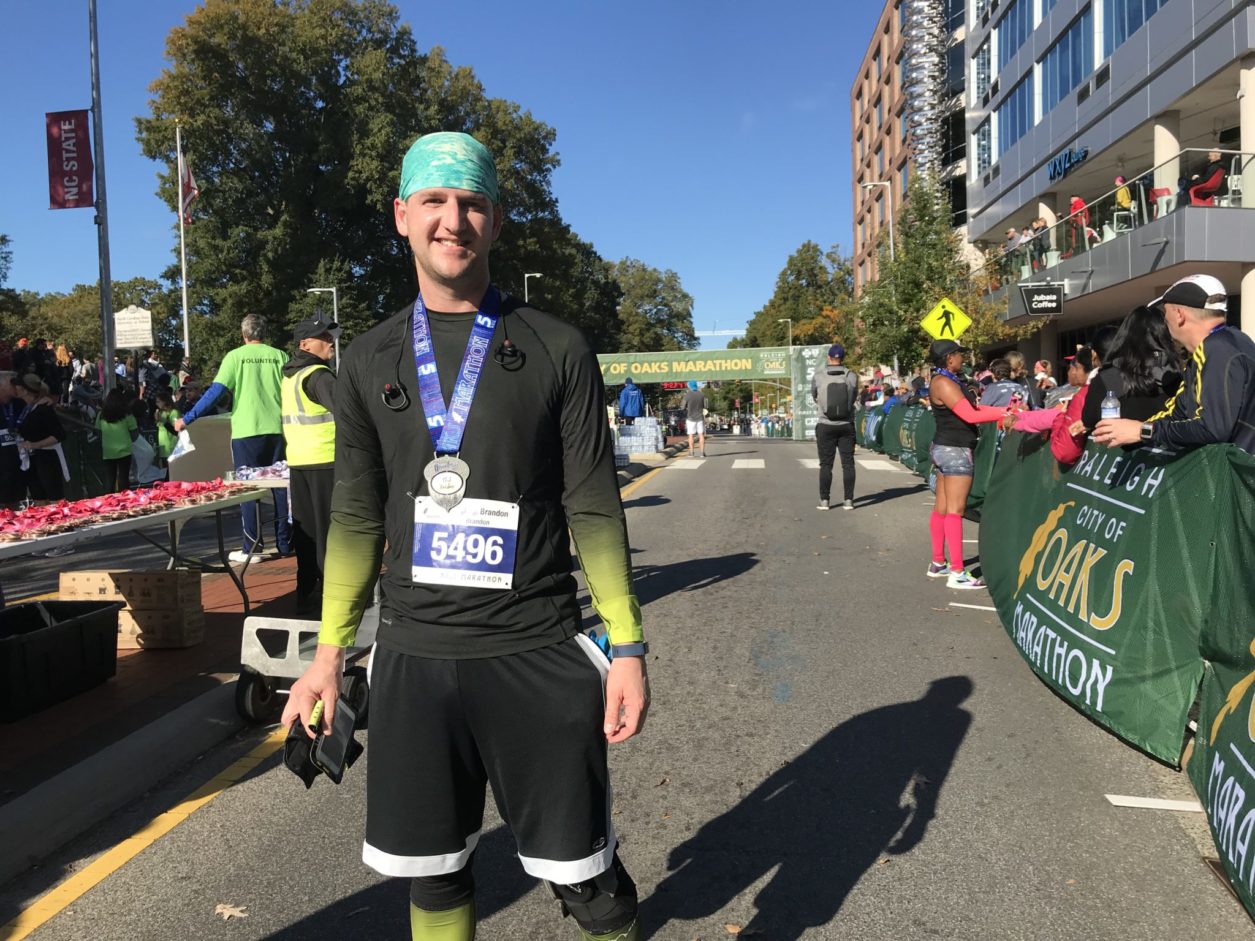 Hey everyone! Today I have a special guest on the blog! It’s my husband, Brandon, who is not actually a blogger. But after we ran our half marathon in November, I asked him if he would consider writing about his journey. I hope he inspires you to get up and get moving!

As most of you know by now, we completed a half marathon last month.  It honestly still does not seem possible! Prior to running the 13.1 miles, I had never run more than 10 miles in my entire life and that 10 miles just happened to be completed the week before the race.  So how did we do it?!? A great question considering the 9 years prior to running this race I had barely worked out and hadn’t done more than run to the mailbox without getting out of breath.

See, back in 2009 I had knee surgery and I used that as an excuse to do nothing since then.  To me it was justified. When I would run or try to be more active my pain would get worse and that keep me firmly on the couch for years.  It wasn’t until my wife (aka @thisaveragemom) took up running that I started to question my lack of “fitness.” However, for the men reading this, I don’t have to tell you that sometimes we may need a little more of a push before we make a decision to do something about it.  So for months I sat and watched as my wife sacrificed her time and energy to prepare for her 10 mile race, which she ran over the summer. I watched proudly as she laced up her running shoes and went out, even on days where work was hard or the kids were a mess or the weather was far from pleasant.  I saw the look in my 4 year old daughter’s eyes as she looked in wonder at mom and asked if we would take her out for a run after. I quickly realized that running was far more important than just my personal fitness and more about setting a positive example for our kids. Showing them that being healthy isn’t something to be taken lightly.

When Meghan completed her 10 mile race and I saw my sister in law, her boyfriend, my brother, and sister in law all finish the race too, something began to stir inside me.  It was something I couldn’t shake, a strong voice telling me I needed to try. I began to think, what is the worst that can happen? If my knee gets sore or if I can’t do it I can at least say I tried.  I still remember one night I told Meg, “don’t faint but I think I am going to try and run tonight.”

When I first got out there I ran about .25 miles and was completely out of breath and  my legs felt like they could fall off, but I pushed on. I aimed to go 1 mile and although I had to walk some of it, I made it.  From there my goal was to see if I could run a 5k. With this in mind I became dedicated to run, and every other day I got out there just as I had seen my wife do for months before.  The more I ran, the more motivated I became and the more I pushed myself. One night I got enough courage to go for it and I pushed myself harder than I thought I could and I ran the 5k. Wow! Amazing! I never thought that was possible after I had my surgery.

The craziest thing about setting goals though is once you attain them, you have to aim higher.  Soon after, Meghan told me she was considering running a half marathon, but she didn’t think she had anyone who could run with her and didn’t want to run it by herself.  I remember a conversation of her talking to her friend Rachel about the chance she might run the half marathon and she wished someone could run with her. In that moment, something clicked in my mind: maybe I could do this. Is it possible to run a half marathon with only 6 weeks training?  Am I insane for even thinking I could do this?

Well, anyone who knows me would tell you I can be a “little” stubborn.   I took the personal challenge and on November 3, 2018 I ran and completed the half marathon.  I never walked. I kept up with Meghan for most of the race. And you want to know the most amazing thing? My knee didn’t even hurt.  The thing I had feared for all those years wasn’t even an issue.

The biggest thing I have learned about fear is it is far more mental than anything else. We build things up in our mind and make them far worse than they actually are or ever will be.  So there you have it. With 6 weeks training, I went from sitting on the couch for years doing NOTHING, to with encouragement from family, friends, and by the grace of God, running 13.1 miles! 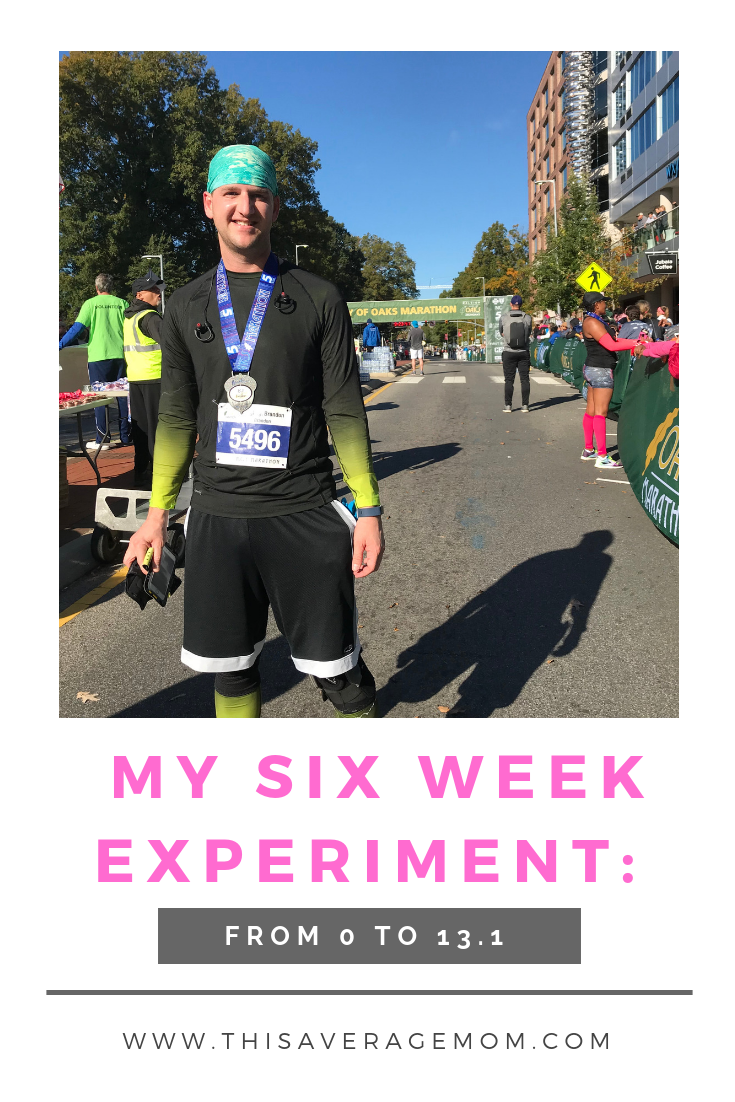 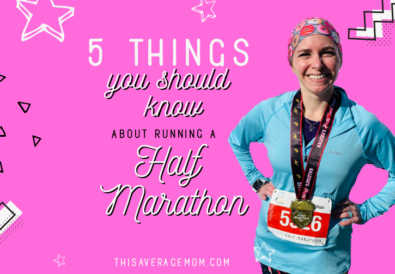 5 Things You Should Know About Running a Half Marathon 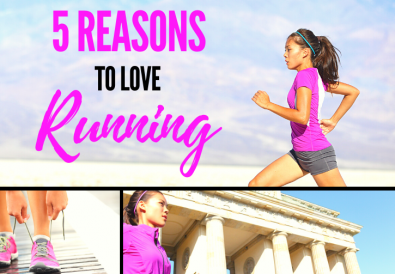 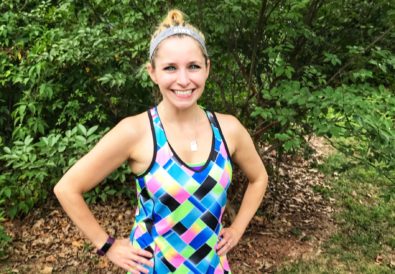 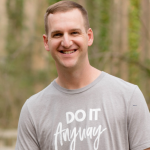